Lord knows I’m no hockey expert.  I’d only recognize Blackhawks players and a few superstars like Alex Ovechkin if I saw ’em on the street.  I did some Christmas shopping on Michigan Avenue this afternoon.  As I walked down Superior towards my car I noticed a crowd getting autographs from a guy in a black winter hat in front of a luxury bus.  Some held hockey sweaters, a shade of blue I didn’t recognize.  The player who was signing items finally excused himself and boarded the team bus.  One of the lucky autograph receivers said “Thanks, Patrick.”  So…that didn’t help me narrow it down.  It wasn’t Kane or Sharp, and those are about the only hockey Patricks with which I’m familiar.  I discreetly asked one of the dudes who got a sweater signed, “Who was that?”  He huffed at me a little and said “Patrick Laine.”  Understandable.  I might’ve been insulted or rubbed in my superior knowledge if he didn’t recognize Kyle Lowry – if he’s comparable.  Patrick Laine didn’t ring a bell and I wasn’t sure what last name the guy said at first, so I googled blackhawks schedule and learned they’re hosting the Winnipeg Jets tonight.  Then I googled winnipeg jets patrick and that’s when I learned who Patrick Laine was.  Also why I’ll eventually bring on someone who knows hockey to write for me and round things out a bit.  For what it’s worth, Patrick Laine seemed like a nice guy, stopping for autographs.  Canadians are known for their politeness.  He’s Canadian, right? 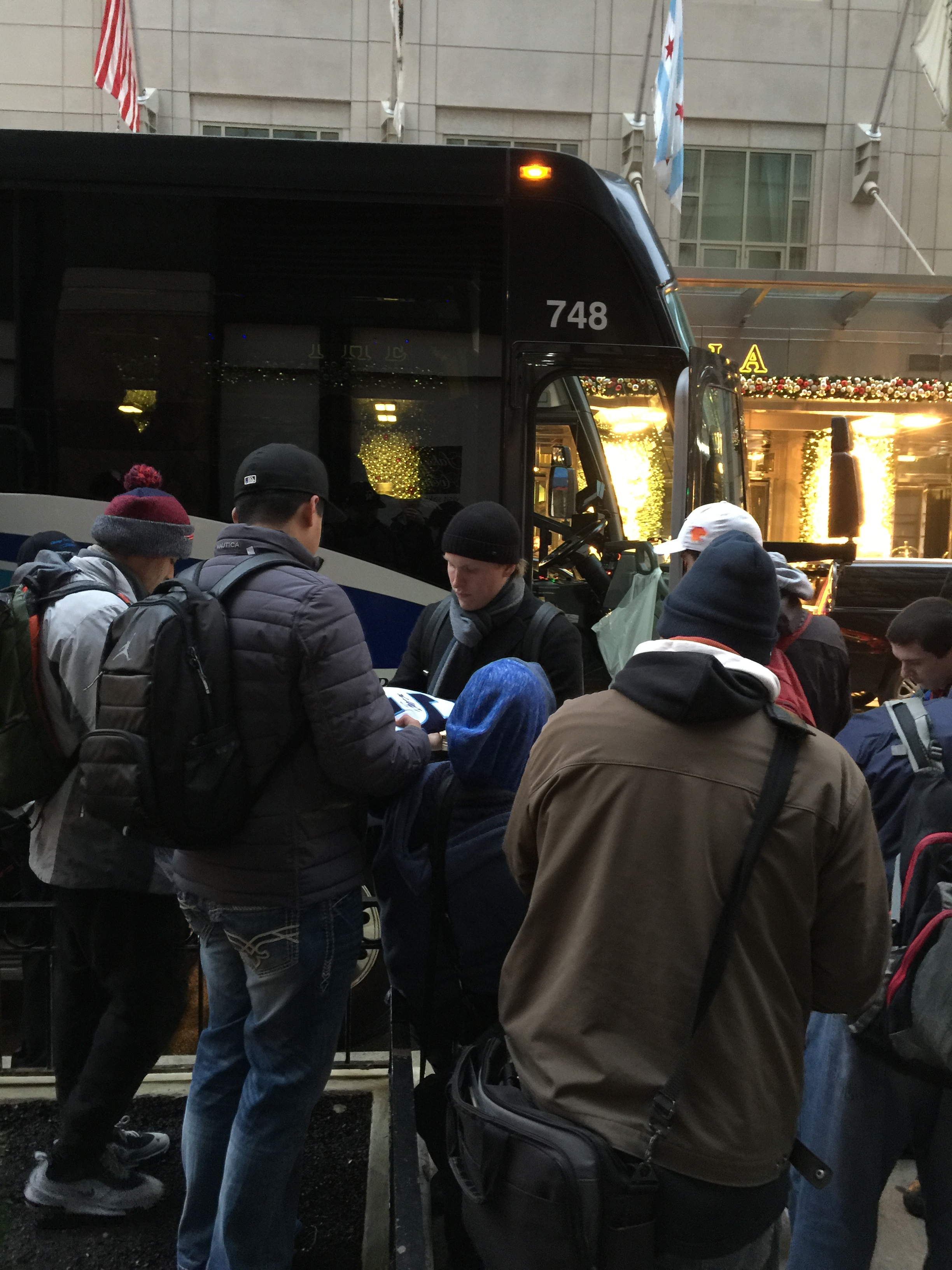